The upcoming release of the latest instalment of The Legend of Zelda series,  ‘Tears of the Kingdom’ is causing excitement to tremble once again for one of Nintendo’s most secretly developed games. What’s more exciting for some, is that the new release will bring about a whole new soundtrack to indulge in, and will no doubt inspire a new wave of covers, including guitar versions of the most beautiful tunes. For any budding guitarist who is also a video game enthusiast, the thought of brand new video game guitar tabs will be enthralling.

So, to celebrate this release of the Kass Theme guitar tab, this article will revisit the music of Breath of the Wild, specifically the Kass theme on guitar!

Breath of the Wild: A New Musical Direction

Manaka Kataoka, Yasuaki Iwata, and Soshi Abe created the music for Breath of the Wild. This seems to be a momentous and high pressure task when considering the striking aesthetic departure from earlier Zelda titles. They wanted to match the style of the Ghibli-esque art, whilst staying true to the heroic and whimsical nature of the series. The main addition to this game was the free-roaming open world which was wider and much more  relaxed in terms of guiding the player on a specific path. This caused a problem for the composers.

However, what do musicians do when they come across a problem? Solve it through practice! The sound team working on the game tried using different pieces of music from old Zelda games and they found that the typical heroic overworld music just doesn’t work for what the game designers had in mind for the open world. The focus on nature was paramount as Link explores the various regions and different biomes of the ruined ‘Kingdom of Hyrule’. The survival aspect in the exploration sections of the game was something the composers were keen to portray, and they would do this with silence, at least, on part of the music.

History of Kass’ Theme in the Game

Sound Designer for Breath of the Wild, Hajime Wakai, said in an interview that he tried placing some of the exploration music from The Legend of Zelda: Twilight Princess, in the field music system for Breath of the Wild during the early stages of development. He said that the heroic music drowned out a lot of the opportunities for more interesting musical mechanics and discoverable items hinted at through sound design. He even went as far to say that it “forced undesired intensity onto the players” and complained that the “stirring and dramatic music” would be conflicting when the player just “threw away a mushroom…”  They ended up with very sparse, piano-centric, and fluttering phrases of music which play periodically throughout exploration.

This creative musical decision was key to making objects and characters in the field, like the character of Kass, to stand out. The silence made it so that the music accompanying Kass within the game stuck out to any exploring player, and signified a point of interest. The music for Kass is used as a tool by the game designers to point out this interesting development, and designed by the composers to fit the style of the character, and genre of the game. The manner in which the wonderful tune is presented within the relatively calm, quiet, and ambient open world makes it it so memorable that musicians, and music lovers would create, watch, or learn from, renditions of this tune in its various formats. Particularly the guitar covers, as they are often coupled with the game tabs.
The busker, or bard type character that Kass is almost lends itself wholeheartedly to the  creations of all of these fan versions of the tune, and is almost adding to the trail of stories being told, that guitarists especially can share with the Kass theme tab.

Why Does Kass’ Theme Work So Well?!

In addition to the ties of accordion music to folk music, the actual content of the music is dripping with historical influences and distinct flavours that make it work so well. For example the theme is in a Waltz rhythm, emphasising the 3-beats in a bar timefeel, and sounds extremely similar to anyone familiar with traditional French musette music. 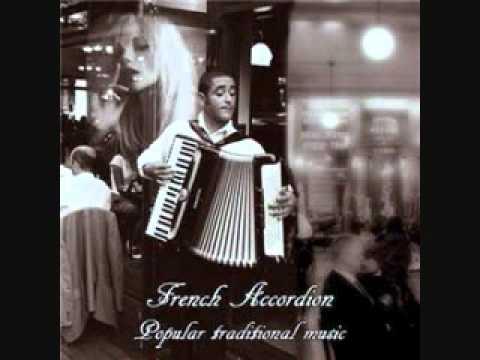 Associated commonly with dances, this is effective in the gameplay as it is very distinctively human. Now, I know it’s an Rito playing here, but it clearly distinguishes music that’s being played from a character within the game, as opposed to soundtrack music that is just accompanying the journey. The same can be said for the very loose, and expressive tempo.

Which Came First, the Accordion, or the Music?

While writing this tune, it was evident that the theme was written with the means to be appointed to the eagle-eyed travelling bard character, Kass. His travelling instrument: an accordion. This instrument is widely associated with folk traditions in music, and it makes a lot of sense that the game designers would choose an accordion to accompany this character. Folk music, and utilising folk traditions is a great way of emphasising the sense of locality, and local culture within a game world, this is especially the case of a game with a large open world like Breath of the Wild. It just so happens that the guitar also works as a fantastic medium, and the playing of the games music through the use of the Kass Theme tab can extend this traditional feel beyond the game, providing a deeper sense of meaning while in play.

While it’s truly unknown which actually came first, it’s likely that the game designers and character artists designed Kass to play with an accordion first, and the composers were tasked with writing the accordion tune. It’s also not unthinkable that Kass had many iterations beforehand and it isn’t unreasonable to assume that there was almost a Kass theme on guitar!


Check out my other posts on my blog! You can find information about video game, music, guitar and equipment I use

This is the Zelda Guitar Tab. Urbosa’s Theme Guitar Cover. The guitar tuning is 1st(E) 2nd(B) 3rd(G) 4th(D) 5th(A) 6th(E). Composed by Manaka Kataoka, Yasuaki Iwata, and Hajime Wakai. Are you interested in other guitar tabs? Then click this link to check my video game guitar collection. Check out my other posts on my blog! You…

Learning how to read guitar tablature for video game music is by and large the preference to reading sheet music in the world of guitar playing for many good reasons… For video game music, it helps because a lot of themes and riffs from the video games you and I both love are not originally… Guitar tabs have been an easy tool for many guitarists to learn music. In fact, I use them as a classical guitarist. But should a beginner use tabs to learn how to play guitar? Guitar tabs are a decent way to learn new music for beginners as well veteran players. It is an easy tool…

Every breath you take is a popular song by the English Rock band “The Police”. Written by the artist Sting and released in 1983, the song went on to top various music charts, including the Billboard Hot 100, where it stayed for eight weeks.   Learning how to play the song “Every Breath You Take” on…

This is the Persona 5 Guitar Tab. Beneath The Mark Guitar Cover. Composed by Shoji Meguro. The guitar tuning is (6) D (5) A (4) D (3) G (2) B (1) E. If you’ve played Persona 5, then you’re most likely familiar with Beneath the Mask. The track is featured in the game’s Tokyo location, one of…